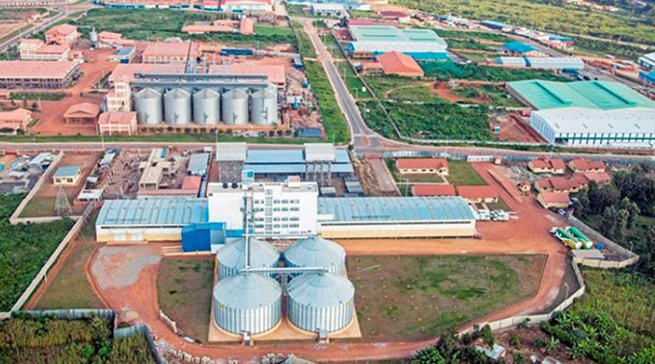 Maintaining rapid growth in Rwanda’s economy this decade will increasingly depend on the industrial sector. Rwanda has already managed to break out of the world’s poorest nations, but the next goal – to join the group of middle-income countries – is unattainable without a rapid development of manufacturing. A solid energy base for advanced industrialization is still needed, and a nuclear power could provide an effective solution for Rwanda to be competitive in the global market.

Africa Industrialization Day, which has been celebrating every year on November 20 at the initiative of the UN since 1989, gives a good occasion to remind of the long-standing industrial ambitions of one of the smallest African nations.

It is no exaggeration to say that just a quarter of a century ago there was almost no modern industry in Rwanda. However, the implementation of the national strategy vision 2020 led to a fast increase in manufacturing value-added (MVA) at 7.6 per cent a year over the past two decades.

However, the contribution of industry into national income is still low. According to the recent industrial diagnostic study by the UN Industrial Development Organization (UNIDO), the share of manufacturing in total value added has stagnated at just above 6 per cent, so that the decline of the share of agriculture has been reflected in an expansion of the services sector from 50 per cent in 2000 to 58 per cent in 2019. Indeed, Rwanda has a post-industrial economy, but this stresses the need for industrialization even more.

The national strategy Vision 2050 aspires to take Rwanda to high living standards by the middle of the 21st century and high-quality livelihoods. Meanwhile even in our post-industrial world manufacturing remains an engine of sustained growth, as it has the capacity to create backward and forward linkages, serves as an impulse for innovation and has the capacity to generate economies of scale. A stagnating manufacturing sector in Rwanda may threaten the development process in the medium- to long term, warn UNIDO analysts.

By far, Rwanda has an adequate institutional framework for industrialization. The National Industrial Policy launched in 2011 called for import substitution to reduce the large trade deficit. The Domestic Market Recapturing Strategy of 2015 aims to combine export-oriented industrial development and import substitution. The revised Special Economic Zones Policy of 2018 also demonstrates the importance assigned to the industrial sector. For instance, in June 2019, Rwanda acquired its first-ever gold refinery, which is located in the Kigali Special Economic Zone in the Gasabo District.

But those aspirations are impossible to achieve without the sustainable energy base.

Energy as a National Challenge

Between 2010 and 2018, the share of the Rwanda’s population with access to electricity more than tripled, from 10 per cent to 35 per cent. Nevertheless, electricity remains a crucial issue in Rwanda’s economic development.

The pursuit of industrialization must take energy and environmental aspects into account. The current situation is quite poor. According to Rwanda Environment Management Authority (REMA) data, the majority of industrial processing operations in Rwanda still use fuel wood as a source of energy. This threatens the small densely populated country with the disappearance of forests and sharp climate deterioration. The second energy source, coal, is not a solution, as it provokes heavy environment pollution.

In a joint report in 2019, the World Bank and the Government of Rwanda mentioned the high cost of energy generation as one of the key reasons for the elevated production costs. Along with the small internal market size, the far distance to external markets, shallow and costly credit markets and scarcity of land, this makes the task of industrialization in Rwanda even more difficult.

Any future energy scenario would be restricted by Rwanda’s landlocked position, small territory and large population as well. The coal-fired energy, and even more so power plants on peat, may turn out to be unacceptable due to the high carbon footprint. Meanwhile, gas will be a too expensive solution due to the lack of domestic resources and access to the sea for receiving LNG.

Nuclear power can provide an effective solution to Rwandan energy problems. This idea is not brand new. After entering the International Atomic Energy Agency (IAEA) in 2012, Rwanda was among several African nations that announced their plans to develop nuclear energy.

“We’re looking at all possible energy options. There is a need to think about the future now. If we take into account our economic development, GDP and population growth, we have to plan proactively to meet our energy demand in, say, 2040,” told Jerome Nsengiyaremye, energy policy analyst at Rwanda’s Ministry of Infrastructure who attended IAEA fellowship training in Vienna in 2017.

Since then, Rwanda’s nuclear plans have been steadily advancing. The second IAEA Country Programme Framework (CPF) for Rwanda (2022-2027) contains six priority areas including Nuclear and Radiation Safety, Food and Agriculture, Human Health, Water Resources Management, Environment Management, Energy and Industry, Nuclear Knowledge development and management. As you may see, the sphere of modern use of nuclear technologies is far from being limited to energy.

“Africa needs to drive its own training centres for development using nuclear technology. There are many high-quality, competent professionals and institutions in Africa in the fields of human health, food and agriculture, industrial applications and more,” said Hua Liu, Deputy Director General of Technical Cooperation in IAEA this September at meeting ahead of the IAEA General Conference.

Indeed, the importance of nuclear technology for the industrialization of African continent is difficult to overestimate. Today Africa has great opportunities to follow the path of those nations that, thanks to cheap nuclear energy, were able to overcome backwardness and create new industrial centers in formerly depressed areas.

India was among the first developing countries to begin practical applications of nuclear energy for peaceful purposes. India was forced to develop nuclear energy due to the lack of energy resources: the country does not have sufficient oil and gas resources, and the volume of electricity required for industrialization is constantly growing. Currently, there are 22 nuclear power units in operation in the country.

For Rwanda, the crucial vector of industrialization is export facilities. The country’s domestic market is small, but Rwanda can provide manufacture goods for at least the whole of Africa. These days Rwanda predominantly exports primary products and services, while manufactured exports only accounted for 6 per cent of the country’s total exports in 2019. Rwanda still has a long way to go if it is to close the gap to the leading industrial power in Africa in terms of export intensity, i.e. South Africa, and only a fundamental solution to the energy problem can bring the country closer to achieving this goal.