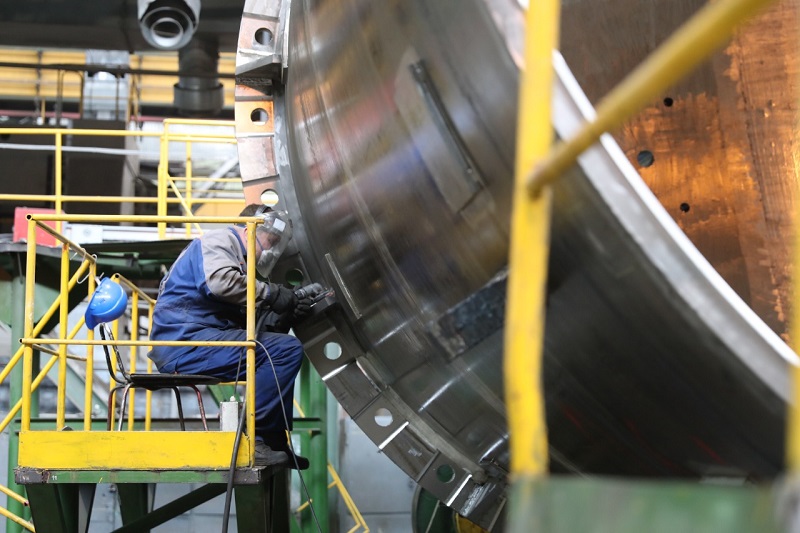 During its visit, the Egyptian delegation looked over new units with VVER-1200 reactors at Leningrad NPP located in the town of Sosnovy Bor (Leningrad region). The industrial site of power units with two reactors of generation III+, commissioned in 2018 and 2021, including the main control room, turbine building and NPP training center were shown to the guests. The power plant ensures about 55% of power consumption in St. Petersburg and Leningrad region or about 30% of all power consumption in the North-Western Russia.

It is essential to mention that El-Dabaa, the first NPP in Egypt, which will be built under Rosatom’s design, will also consist of power units with Russian reactors VVER-1200 of generation III+ (4 units with the capacity of 1,200 MW each). Thus, Egyptian executives were able to become familiar on site with the operation of state-of-the-art Russian NPP, design of which serves as the basis for the future Egyptian power plant. 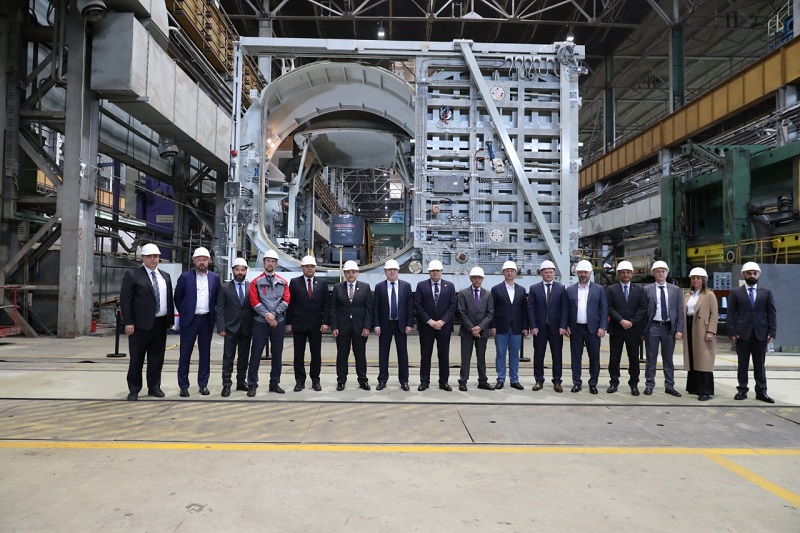 During the visit, the high-profile Egyptian guests also visited Russian engineering factories. The ceremony of production launch of blanks for the reactor pressure vessel of Unit 1 of Egyptian El-Dabaa NPP took place at the industrial site in Kolpino (St. Petersburg), where various equipment for NPPs is manufactured at Rosatom’s order.

“We highly appreciate professionalism and commitment of the Egyptian-Russian team to the implementation of the Project. Such visits demonstrate that the Project progresses without any stops or obstacles. We believe that El-Dabaa NPP will not only bring cutting edge energy technologies to Egypt but also contribute to the well-being and prosperity of its people during the decades to come”, said Dr. Amged El-Wakeel.

“The Project is being implemented in accordance with the targeted schedule. And I would like to give special thanks to our Egyptian Owner for coordinated joint work. We always point out that such complicated, long-term and large-scale projects can be implemented only with complete understanding between the Owner and the General Contractor. As I learned recently, there is even a saying in Egypt on that subject: “One hand cannot clap”. I can state that currently the El-Dabaa Project has two comprehensive careful hands”, noted Alexander Lokshin.

Andrey Nikipelov, the head of Rosatom’s Machine-Building Division, pointed out that manufacturing of equipment for the first NPP in Egypt is a sign of high trust in Russian technologies and competences in nuclear power engineering. “The first facility in the country is always the most difficult one. We understand it perfectly and already have a vast experience in implementation of such orders. We are always open to a constructive dialog and exchange of necessary knowledge with our colleagues. I am sure that reliance on Russian nuclear technologies is the right choice which will allow making Egypt the only country in the region having reliable and safe reactors of generation III+”, he said.

During its visit to Russia, the Egyptian delegation also visited St. Petersburg branch of Atomenergoproekt JSC – St. Petersburg Design Institute (a part of Rosatom’s Engineering Division), where the Russian and Egyptian parties held a meeting on El-Dabaa NPP designing, as well as Rosatom’s Technical Academy.

El-Dabaa NPP is the first nuclear power plant in Egypt which will be built in the city of El Dabaa on the Mediterranean coast, 300 km North-West of Cairo.

The NPP is being constructed in accordance with the package of contracts which entered into force on December 11, 2017. In accordance with the contractual obligations, the Russian party will not only construct the power plant but will also supply nuclear fuel for the whole life cycle of the NPP and will provide assistance to the Egyptian partners in training of the personnel and support of operation and service during the first 10 years of its operation. Under a separate agreement, the Russian party will build a special storage and will supply containers for storing spent nuclear fuel. 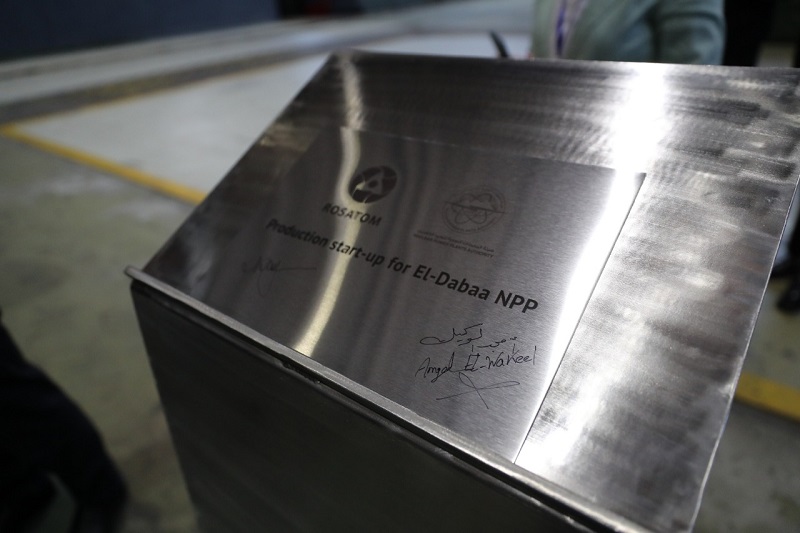