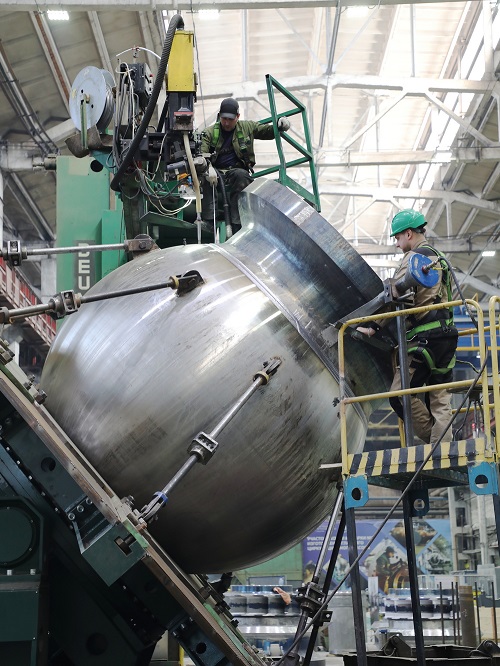 RCPS internals, particularly guide vanes, were assembled earlier, upon which those were connected to flanges. The design was placed inside a spherical housing and appropriate circumferential weld performed afterwards. Assembly with the sphere has been accomplished for all four RCPS housings of the Tianwan NPS.

An RCPS housing is a Safety Class 1 product. At the site, it secures coolant circulation from reactor to steam generators and operates at a pressure of approx. 160 bar and a temperature of 300°C. Power unit equipment comprises four RCPSs per unit.

Tianwan NPS is the largest object of the Russia-China economic cooperation located in Lianyungang City, Jiangsu province, China. Units 1 & 2 with WWER-1000 reactors had been accepted by the Customer and put into operation in 2007. Units 3 & 4 were commissioned in the year 2018. An intergovernmental protocol and a frame contract to construct Units 7 & 8 of the Tianwan NPS, with WWER-1200 reactors of the latest 3+ generation, were signed in the same year.
***