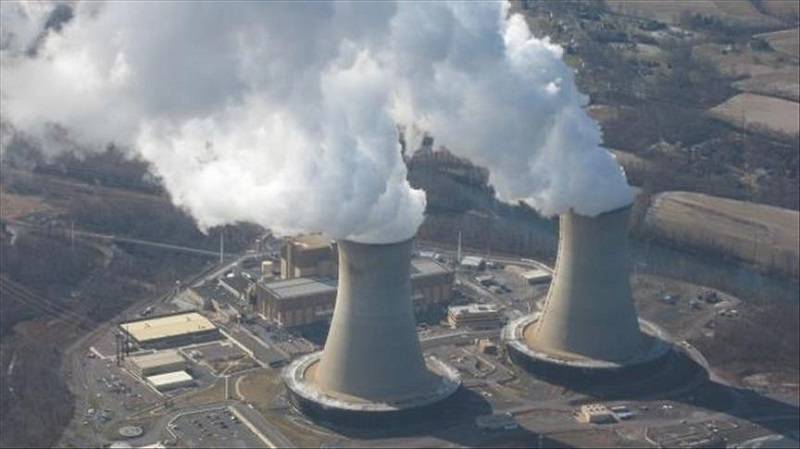 Nuclear energy has been a controversial topic for many decades since its inception. Incidents like Three Mile Island, Chernobyl and Fukushima are infamous thanks to strong anti-nuclear sentiments amongst various groups that are against nuclear.  Some of the arguments they put on the table is that nuclear poses harm to environment, is too expensive and is generally inefficient and unsafe. Well I thought I should take time and try to do some reality check with these arguments and see the facts behind words.

Nuclear technology uses the energy released by splitting the atoms of certain elements. It was developed for peaceful use as a source of electricity in the 1950s and is the most concentrated source of energy in the world. The nuclear industry is a truly a global power source with more than 440 reactors operating in 31 country generating around 10% of the world’s electricity and about 50 power reactors currently being constructed in 19 countries.

Nuclear is helping environment more than other power sources

Studies have repeatedly shown that nuclear energy is a low-emitting source of electricity production with the lowest amount of carbon dioxide equivalent per unit of energy produced when considering total life-cycle emissions. On a life-cycle basis, nuclear power emits just a few grams of CO2 equivalent per kWh of electricity produced. The UK Sustainable Development Commission report in March 2006 gave a figure of 16 g/kWh for nuclear, compared with 891 g/kWh for coal and 356 g/kWh for gas. Most important is that the majority of CO2 emissions from the life-cycle of nuclear power are produced during construction, stemming from cement and steel production, and component manufacturing.

Nuclear is the second largest source of low-carbon electricity production globally (after hydropower), and provided about 30% of all low-carbon electricity generated in 2018. Its reliability that does not need specific weather conditions makes it a top performer as a baseload and carbon-free source of electricity. Almost all reports on future energy supply from major organizations like United Nations, Organization for Economic Cooperation and Development, International Energy Agency and International Atomic Energy Agency suggest an expanded role for nuclear power is required, alongside growth in other forms of low-carbon power generation, to create a sustainable future energy system. There are two recent examples that show what problems may arise if carbon-free baseload sources of electricity are not in use.

Without nuclear, Germany has now sky-rocketed its carbon emissions becoming world’s seventh-biggest emitter of CO2 in 2018. The country decided in 2011 to enact so-called Energy Transition policy, widely identified as the most ambitious national climate change mitigation policy. But even heavily subsidized renewable energy projects cannot cover the need for reliable power. As a result, the decision to phase out nuclear created a vacuum that was filled by oil and coal plants.

Another example is California. With population of 39 mln people, California is the world’s fifth largest economy that produces 13% of US gross domestic product (GDP). California’s non-carbon dioxide emitting electric generation categories (nuclear, large hydroelectric, and renewables) accounted for 57 percent of its generation with nuclear specifically amounting to 9%. California has only 3% of its electricity supplied by coal and less than 0,1% by oil. Intermittent sources of energy amount to 30%, leading US in generation from solar, wind, geothermal, and biomass energy.

In August 2020 California experienced severe power shortages with rolling blackouts due to heatwave with five hottest August days in the last 35 years, coinciding with little wind. Day-ahead electricity prices spiked at above $1000/MWh and the first rolling blackouts in nearly 20 years took place because energy planners didn’t take climate change into account and didn’t line up the right power sources to keep the lights on after sundown. California governor Gavin Newsome said that the displacement of fossil fuel by the shift to solar power and other forms of intermittent green energy as “a moral and ethical imperative” had led to what he called “gaps” in the energy grid’s reliability.

US Energy department estimates show that nuclear power plants are producing maximum power more than 93% of the time during the year thus making nuclear energy the highest capacity factor  energy source. According to these estimates, a typical nuclear reactor in the US produces 1 gigawatt (GW) of electricity. But is one wanted to replace it with another source, it would need more that a 1 gigawatt: two coal or three to four renewable plants (each of 1 GW size) to generate the same amount of electricity onto the grid.

The key costs association with nuclear are related to the construction period. Building a large-scale nuclear reactor takes thousands of workers, huge amounts of steel and concrete, thousands of components, and several systems to provide electricity, cooling, ventilation, information, control and communication. Construction takes from 6 to 12 years depending on the maturity of various infrastructure and technology. The OECD Nuclear Energy Agency’s (NEA’s) calculation of the overnight cost for a nuclear power plant built in the OECD range from $2021/kWe in South Korea to $6215/kWe in Hungary. For China, two comparable figures were $1807/kWe and $2615/kWe.

After commissioning, NPPs need very small amount of these costs for operating that include costs of fuel, operation and maintenance (O&M), and a provision for funding the costs of decommissioning the plant and treating and disposing of used fuel and wastes. The US Nuclear Energy Institute suggests that the cost of fuel for a coal-fired plant is 78% of total costs, for a gas-fired plant the figure is 87%, and for nuclear the uranium is about 14% (or 34% if all front end and waste management costs are included).

The true benefit comes from the added value that nuclear brings. A study of the European nuclear industry by Deloitte suggested that nuclear provides more jobs per TWh of electricity generated than any other clean energy source. According to the report, the nuclear industry sustains more than 1.1 million jobs in the European Union and each gigawatt of installed nuclear capacity generates €9.3 billion in annual investments in nuclear and related economic sectors, and provides permanent and local employment to nearly 10,000 people. In 2018, EU generated 104 GW from 106 NPPs operating in 13 of the 27 EU member states thus bringing total of 903 bln of annual investments. For every €1 invested, the nuclear industry generates an indirect contribution of €4 in GDP, and every direct job creates 3.2 jobs in the EU as a whole.

In South Africa, Eskom appointed KPMG to assess the economic impact that Koeberg nuclear power plant makes to the Western Cape and the rest of South Africa. The study found that Koeberg contributes 23 billion to the GDP of South Africa and 16,600 jobs sustained on average per year in the rest of South Africa.  Recently, similar calculations have been made on the second nuclear power station being constructed in Africa – El Dabaa in Egypt with a capacity of 4.8 GW. The first of the four units project is expected to come online in 2026, pending construction license approval, with the three remaining reactors scheduled for commissioning by 2029. During the construction period, the NPP project will increase the country’s GDP by over 4$ bln or 1%, bring around 570$ mln as tax revenue, and will employ over 70% of local personnel. Apart from the NPP itself, Egypt will have a new seaport, several roads and schools constructed.

Safety concerns every aspect of nuclear

In the 70-year history of civil nuclear power generation, with over 18,500 cumulative reactor-years across 36 countries, there have been only three significant accidents at nuclear power plants: Three Mile Island in the US, Chernobyl in Ukraine and Fukushima-Daiichi in Japan. All three countries continue using nuclear and derive from 6% in Japan and 19% in the US to 53 in Ukraine.

Of all the accidents and incidents, only the Chernobyl and Fukushima accidents resulted in radiation doses to the public greater than those resulting from the exposure to natural sources. The Fukushima accident resulted in some radiation exposure of workers at the plant, but not such as to threaten their health, unlike Chernobyl where the destruction of the reactor killed two people initially plus a further 28 from radiation poisoning within three months, and had significant health and environmental consequences.

Each of these accidents led to a total overhaul of safety and security measures with added benefit of tighter international cooperation and worldwide installment of new regulations preventing from the repeats of the conditions that led to initial accidents.

The modern approach to safety are based on the defense-in-depth principle. These include several safety levels with an optimal combination of multi-channel passive and active systems, and several barriers preventing the spread of ionizing radiation and radioactive substances into the environment.

Another key concerns in safety is nuclear waste and its high level of radiation. The truth about the waste is that the way it is managed makes it no more dangerous than any other industrial waste, only better managed and secured under strict regulatory conditions, safe enough for people to walk around it without incurring any dose that could be harmful.

Nuclear energy like any other technology both offers immense possibilities and demands vigilant responsibility from its custodians. We should not discard it based on passionate and ungrounded opinions. We need to see its pros and cons objectively because one of the most reliable sources of our electricity supply for last 46 years – Koeberg NPP – proves that nuclear will have a bright future and South Africa needs to consider it.